Patrica MALEMBA
06:50 03 Sep 21
Very happy with my treatment, I had composite bonding and my teeth look amazing. Thanks to Dr Nisar, I can smile again 😁! Friendly and helpful staff. I highly recommend centre point dental.

Kate Roach
08:05 30 Jul 21
I couldn’t be happier with the treatment I had here. I had a course of invisalign and composite bonding and my teeth look AMAZING. Dr Rick Morgan is a miracle worker! He explained in detail every step, gave me other options and opportunities to change anything I didn’t like aesthetically throughout the treatment so it was always a pleasure to sit in his chair! From the friendly front desk team to the expertise of Dr Morgan, I’d happily recommend Centre Point Dental.

Kate Roach
08:21 29 Jul 21
I couldn’t be happier with the treatment I had here. I had a course of invisalign and composite binding and my teeth look AMAZING. Dr Rick Morgan is a miracle worker! He explained in detail every step, gave me other options and opportunities to change anything I didn’t like aesthetically throughout the treatment so it was always a pleasure to sit in his chair! From the friendly front desk team to the expertise of Dr Morgan, I’d happily recommend Centre Point Dental.

sugarberry 94
18:02 16 Jul 21
I visited a dentist after a very long time. Dr. Morgan was brilliant. He seemed very proficient and knowledgeable at his field. He also advised me various options i could do to resolve my dental issues. Friendly, helpful staff and in a easily accessible location!

Cerys Walker
15:30 15 Jul 21
I recently had to have a course of treatment which included having my wisdom tooth removed and a filling. The experience I had was brilliant. I was very anxious about having a these procedures but Dr Morgan was extremely patient and explained everything that would be done from start to finish and reassured me whilst the treatment was ongoing. I felt so comfortable and at ease and was very grateful for the kindness and care that I was given and I would have no hesitation in recommending him for a first class service. His work is amazing! I cannot wait to come back for Invisalign in a couple of months

Roni G
13:25 15 Jul 21
Dr Morgan’s team put me at ease ( confused me ) with right informations. They were all so friendly and very good at their job. Highly recommend this place.

Pri Dusara
15:15 12 Jul 21
I was treated for teeth whitening by Dr Morgan at Centre Point Dental. He was very thorough in explaining the different types of whitening which was good for thought. We proceeded with Enlighten Whitening.Dr Morgan was patient and knowledgeable with all my questions, the procedure was easy and seamless due to his expertise. I would recommend Dr Rick Morgan to friends and family.

nicole nicolaou
18:02 10 Jul 21
I could not be happier with what Rick Morgan had done for me. I am 33 and have hated my teeth for a veryyyy long time but had never been able to afford to do the work. Well! I wish I had found Rick years ago as the treatment I needed meant I could pay monthly so the cost was so easy to keep up with. He is a genius, my teeth are 100000 times better and he is honestly one of the nicest guys I have met. I would highly recommend.

Sukh Plaha
10:42 25 May 21
Would highly recommend! Dr Rick Morgan is a true professional that has transformed my smile! He offers honest and balanced advance to help you make the right decisions on treatment, and explains exactly what to expect along the way. I will continue to use Dr Rick in the future and Centre Point! Thank you!

sxd976
11:37 06 May 21
Who said going to the dentist was something to be scared of! I had a really excellent course of treatment with Dr. Rick Morgan and it was a pleasure to see him and his team every time I went in for my Invisalign treatment. I’m recommending him to everyone that has any concerns about their smile.

Jacob Clark
16:10 19 Mar 21
Professional great dentist and friendly welcoming staff. Have had a few issues cosmetic and general health wise with my teeth and I've repeatedly left here extremely happy with the work done. Also given plenty of options and paths to take with regards to treatment which I've unfortunately not experienced as much in other dental practices.

Chloe Taylor
21:14 17 Mar 21
Went here on short notice after my broken tooth fell off. The man I saw did a brilliant job that was about ten times better than the one done by the local dentist I had been seeing. If I lived in central, I wouldn't hesitate to make them my regular dentist.

Elena Marinaki (rhapsodyenmauve)
23:54 18 Jan 21
I visited Centre Point Dental almost a month ago, after experiencing persistent toothache for a long time. I was booked with Dr. Leyli for an assessment session and evaluation of the problem.I am always anxious when I have a dental visit, but Dr. Leyli was very considerate and made me feel very comfortable. She quickly identified the cause of pain after close examination and the x-ray assessment and provided all relevant information, presenting the options I had. She was very meticulous in explaining the problem and made sure to help me with my decision.I am very happy with the service and overall treatment and highly recommend the clinic to anyone in need of dental treatment.

Paul Austin
13:19 18 Jan 21
Excellent first experience at Centre Point Dental. I've just had a long overdue dentist appointment with Dr. Bassiri and Nush and not only felt completely at ease but they did a professional, painless procedure for me. Now that I'm registered with Centre Point I'll be using them for future care and it will be a pleasure to be in the company of these friendly professionals again. Thank you for going above and beyond I really appreciate it!

Saj Ali
23:37 30 Nov 20
Had a lovely first time experience at this Dentist. Was my first ever time at a dentist and i have 0 complaints and nothing to fear. Warm welcome, talkative staff members, clean dentist, followed covid19 protocols and done an incredible job doing a detailed scale and polish. Look forward to my next visit!
See All Reviews Write a review

There are increasing concerns and awareness of the effects of mercury fillings on general health.

Mercury / amalgam fillings comprise of 50% mercury and are ‘amalgamated’ with tin and silver. It was previously thought that was ‘locked in’ to amalgam. This has proved not to be the case.

Mercury continuously escapes from the filling and is then deposited into the fatty tissues and major organs of the body. There is now a debate in the dental profession as to whether the mercury (one of the most toxic metals known) is harmful. Many patients report feeling remarkably better from a whole host of conditions after removal of mercury / amalgam fillings. In the state of California it is compulsory for the dentist to display a health warning about the possible effect of mercury / amalgam fillings.

In the UK the Department of Health issued a warning in 1998 to pregnant women to avoid having dental amalgam fillings during pregnancy to avoid causing possible harm to the foetus. This was probably linked with research in the 1990’s by Professor Vimy in Canada, showing that mercury crossed the placenta and was deposited into the major organs namely kidneys, liver and brains in sheep and chimpanzee. He and co-workers also showed that mercury was expressed in milk fed to their young. An information pack on mercury and its effects is available on request.

Further information on the effects of mercury fillings can be found at www.iaomt.org or www.mercurymadness.org.

For more information regarding this treatment 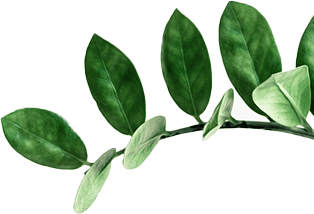 “VERY IMPRESSED WITH THE SERVICE “I recently visited Centre Point Dental Practice and I was very impressed with the service. The staff were extremely welcoming and friendly. Very…”

“PATIENT & UNDERSTANDING “Thank you Centre Point Dental for your patience and understanding as I am terrified of the dentist. No longer! 🙂 My faith in dentistry has…”

“EMERGENCY DENTIST!!!!! “I came in as an emergency patient on a Friday afternoon. I was seen on the same day, picked up medication saving me a trip to…”

“ZOOM TEETH WHITENING TREATMENT “I was very unhappy with the colour of my teeth and booked in a Zoom Whitening treatment. Booked in my lunch hour I was…”

“A LOVELY WHITE SMILE “I had numerous fillings in my mouth that were all amalgam. Toxic and ugly I wanted somewhere that would replace them safely. All the…”

“NOT FROWNED UPON AT ALL “My first visit to the dentist in many many years was not frowned upon at all. A thorough check-up was given, explaining my…”

“FRIENDLY WELCOMING STAFF “Have had a few issues cosmetic and general health wise with my teeth and I’ve repeatedly left here extremely happy with the work done. Also…”

“EXCELLENT FIRST EXPERIENCE “I’ve just had a long overdue dentist appointment with Dr. Bassiri and Nush and not only felt completely at ease but they did a professional,…” 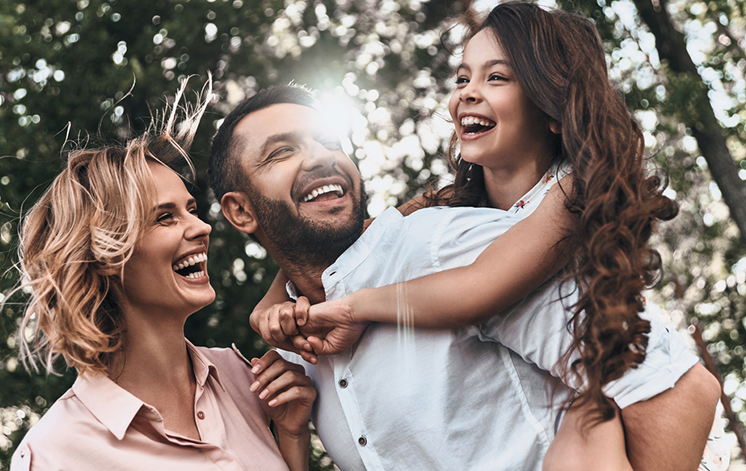 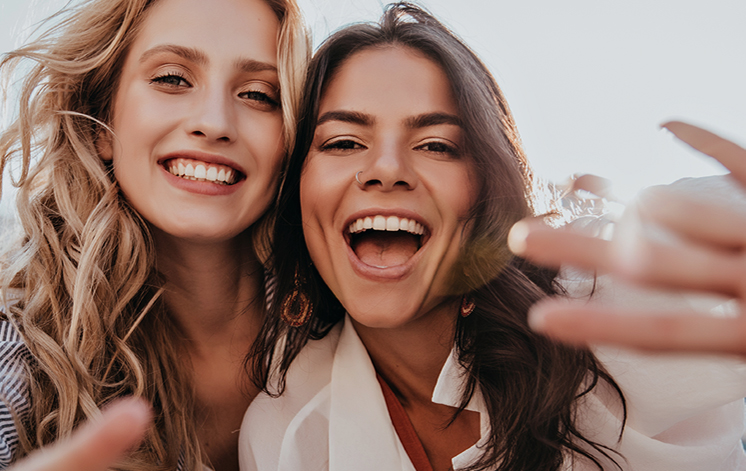